The topics mentioned below are just some of Isaac Newton's great inventions and discoveries. The view of thinking had been changed because of Isaac's research in all of the different educational subjects. These four listings are the more major impacts Isaac Newton made on the world today. 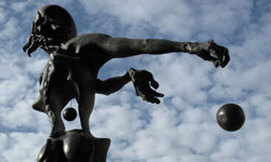 One of Isaac Newton's discoveries was the three laws of motion. He discovered these three laws from his research in physics. The laws are:

1.  An object at rest stays at rest without any force, while an object in motion stays in motion at a constant velocity unless acted upon by force.

2. The greater the mass of an object, the greater amount of force needed to accelerate it. (Force=Mass*Acceleration or F=MA)

3.  For every force creates an opposite force just as powerful.


Newton believed that all particles in the universe had some type of gravitational force, later laying down the law of universal gravitation.
http://science.howstuffworks.com/dictionary/famous-scientists/physicists/isaac-newton2.htm
http://teachertech.rice.edu/Participants/louviere/Newton/

Isaac Newton is also considered as a gifted mathematician, discovering concepts that have impacted the field of mathematics today, Calculus, the study of change, is used to find the slope of a curve or maximize quantities. However, Isaac had not discovered this technique alone. The development of Calculus was discovered with the help of Isaac`s partner, Gottfried Wilhelm von Leibniz. The development of Calculus can be summed up into three stages: Anticipation, Development, and Rigorization. 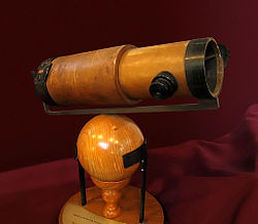 Explanation of the Universe 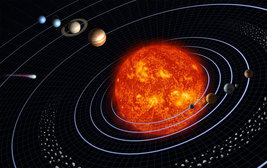 From Newton's discovery of gravity and gravitational force, he was later enabled to take this topic and apply it to the real world. For example, the universe and it's planets. "Principia", explains the solar system's activity into simple equations. It is considered among scientists the greatest science book ever written. One of the explanations was the nature of planetary orbits and what mass has to do with it. For example, the earth doesn't orbit the moon because the earth is heavier. "Principia" changed the views of astronomy dramatically from the people of the past to today.
http://www.livescience.com/4965-isaac-newton-changed-world.html 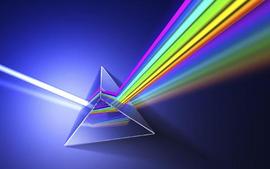 Isaac Newton was the first man to understand the rainbow. How he came to the discovery was by a series of experiments. By refracting white light with a prism, Isaac resolved the light into different colors: red, orange, yellow, green, blue, and violet. Before Isaac Newton's discovery, commoners thought that color was a mix of lightness and darkness. They also thought that prisms colored light. However, to detest this theory, Isaac Newton put a prism near his window. This created a 22 foot spectrum to a far wall. Then, Isaac Newton had refracted the light back together. This proved that we can change color and the prisms don't color light. This discovery was mentioned in Isaac's book "Optics".
http://www.webexhibits.org/colorart/bh.html